Country’s one of those genres where most comments about it are one of two themes: “this song’s really sad” or “this song’s really boring.” Of course, not all country is like that, but you try to tell people that they should disregard musical stereotypes and see where you get. Not very far, I’d imagine.

Now that that’s out of the way, let’s get down to the topic at hand. Kate Maki is a country musician who writes sad songs that don’t bore one to tears, nor do they disappoint musically or lyrically. It’s nothing especially original, but country’s one of those genres where experimentation isn’t exactly encouraged, nor one where it’s particularly necessary; if it ain’t broke, don’t fix it, as they say. Enjoy the stereotypical country twang without the stereotypical country boredom, as I say. Take rock, add cellos – what do you have? Cello rock… come on! Or in this specific case, Matson Jones. I suppose it’s technically cello-based rock since there’s still a bassist, but cello-based rock sounds more like an organism than a style of music. That said, I’m not going to proclaim to be extremely well-versed (or even versed at all, for that matter) with cello rock, but since I do proclaim to know good music when I hear it, I hereby proclaim Matson Jones to be good music.

Enough of my poorly-worded descriptions and general tomfooleries: my proclamation is enough! These three tracks should be enough to whet your proverbial appetite for cello rock; I would apologize for the low bitrate, but they’re full songs and the recording wasn’t particularly high-quality to begin with. Here at either/or, we believe that even though something’s slightly old, and blatantly popular, it’s still worth a mention (if it’s good, that is). At least, that’s what I believe in. It is with this point in consideration that I present Travis’ 2003 release 12 Memories. 12 Memories is an admirable collection of catchy, memorable rock. Within this though flow fantastic, moving lyrics as well as some very very fine instrumentation.

Although a slight departure from the happier antics of their previous efforts, 12 Memories is an extremly accomplished album and an excellent example of their musical growth. Songs such as the opening track Quicksand combine strings and piano with Fran Healy’s wonderful voice to produce a tune that is nicely simple, but never falls into the realms of boredom. This is followed up with tracks such as Re-Offender and Paperclips, both of which give us a little touch of beauty in our world (and we all just love that, don’t we?)

Elegant, catchy and beautiful: what more do you want? Probably some downloads, I’d wager. Hawksley Workman is one of the very few artists that I find randomly on last.fm and proceed to enjoy thoroughly. Most of his earlier music, i.e. the songs that aren’t on Treeful Of Starling, is largely multi-layered, chock full of small details, whereas his newer music (i.e. Treeful Of Starling) is largely stripped-down. In that sense, he’s kind of like a Elliott Smith in reverse (who’s music got more detailed as he got more money to spend on it). Not that that’s a bad thing; I just wanted to work in an Elliott Smith reference.

Workman’s site apparently features no MP3s, but there’s music videos and that’s good enough for me. Striptease and Jealous Of Your Cigarette are my favorites of those listed below, so check ’em first. I was trying to think of a way to describe this and then it came to me: if the music of Haley Bonar (slow folk-rock) and the music of Josh Rouse (catchy country-rock) had a musical baby, that baby would be the music of Rocky Votolato. Strange analogies aside, his new album, Makers, is full of winners, some more winning than others. The one I have down there in MP3 form is pure, unadulterated winner (you’ll have to right-click & save target as).

P.S. Wouldn’t it be cool if music could have babies? 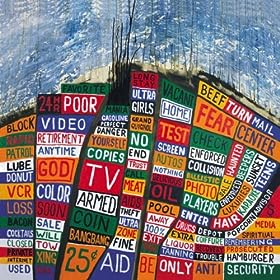 With the release of their new album being somewhat imminent (or is it, who knows with those crazy kids known as Radiohead), I thought it’d be fitting to take a look at their last studio release, Hail to the Thief. After the superb Kid A and the not-as-superb-but-still-pretty-decent Amnesiac, Radiohead fire back in 2003 with Hail to the Thief, a nice blend of the work done in Ok Computer with the experimental tones of Kid A and Amnesiac.

Depending on your stance with the band, Hail to the Thief is either one of their best albums or pretty ordinary. I take the “pretty awesome” stance on this occasion: tunes like There There (The Boney King of Nowhere), Myxomatosis (Judge, Jury & Executioner) and 2+2=5 (The Lukewarm) aptly demonstrate the bands willingness to step outside the traditional realms of what’s deemed as “alternative”, despite their public appearance of being overly-pretentious. The band’s life aside, this is a cracking album and from what I hear, their latest effort looks to continue the trend of quality music from them. 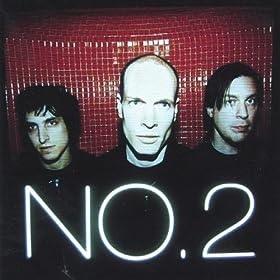