I got an e-mail last week or so from Kevin of Griddle, asking if he could send me a copy of their new album, Klimty Favela. I accepted, of course, because even if it was bad, a free CD is always a good deal. In the meantime, I read up on the band as I hadn’t heard of them before (they only have 55 listeners on last.fm so I wasn’t too ashamed of this fact). The quote that really piqued my interest is from their own page: “Our songs are strange, but catchy as the flu.” Expectation: strangely catchy songs.

Upon getting the CD, the press kit tucked within classified the music as “psychedelic rock.” Expectation: strangely catchy psych-rock songs.

Inevitably I actually played the CD, where the opening track, City Made Of Teeth, greeted me with guitar chords that reminded me of good power metal (yes, such a thing exists). Then it transformed into something resembling an indie-rock anthem, with one of the catchier choruses I’ve heard in a long while. My favorite track, Dr. Becky Bolanky, reminded me a lot of a John Vanderslice song, but that’s alright, because Griddle’s drummer drummed for his latest album. The only thing I didn’t like about this album was when it got more into psych than into rock, but that’s not the album’s fault; that’s my musically untrained mind’s fault. Regardless, those moments are relatively few and far between, and if you’re into psych, you’ll dig the sound. Since the album’s not released until August the 15th, all I can get you (legally!) from the new album is the video for Dr. Becky Bolanky. It is indeed the equivalent of musical flu. 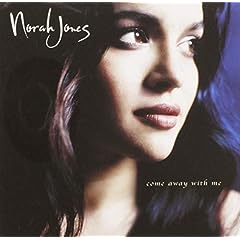 Continuing on from Eva Cassidy, we move into more modern times with the acclaimed Norah Jones. It’s not often that America gives Grammy’s to artists who actually deserve it, but I guess there’s a time for everything. Norah took home an impressive amount of them back in 2002 (I think) with her first album Come Away With Me.

But uh oh, mainstream appeal? Never fear folks, I’m here to give Norah the official either/or seal of approval thanks to a very smooth, silky voice, beautiful songs and some great lyrics. While I don’t confess myself to be knowledgable on all things concerning jazz, I knows what I likes and I do likes this! Tunes such as Feelin’ the Same Way and Nightengale give us listeners a taste of something just a tad bit more uptempo, while tunes like Come Away With Me and The Nearness of You strip it back down to something that’s quite intimate and pleasing.

Unfortunately, thanks to the crappiness that is flash, you’ve have to navigate to the Media page on Norah’s website to check out some of her songs. 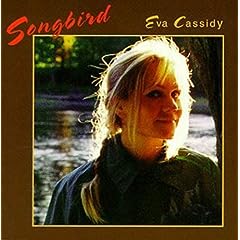 It’s not often that I get the opportunity to step out and get some music that I happened to stumble across, but hey, here I am! Eva Cassidy was recommended to me by a friend and woo nelly, she sure was right in recommendin’ her! Cassidy has quite a striking voice, beautiful but powerful at the same time, seen in the very accomplished album Songbird. Covers are her forte surprisingly enough, as she definately has (or had unfortunately – she passed away in 1996 as a result of melanoma) the talent to make the songs her own.

Ranging from soul (People Get Ready), to jazz (Wade in the Water and Wayfaring Stranger) to quiet, acoustic/piano combos (Autumn Leaves), this 1992 release is still a joy to listen to.

Combining jazz and soul with such a pure voice? A winner, I say! Although I’m hardly a punk connoisseur, there are still punk bands that I like (besides the ones Doug implores me to listen to). One of these is my favorite of Oregon’s punk bands (that I’ve heard!), The Thermals. What I find refreshing about them is that, unlike many bands that today’s kids call punk, The Thermals have some crazy hard-rocking energy, especially on their debut, More Parts Per Million. Granted, that is a fairly moot point thanks to the music Doug’s been posting lately, but what’s one more? Besides one more, that is… yeah. And what crazy album art! Fuckin’ A! 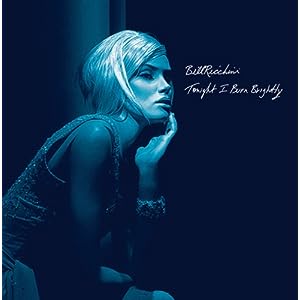 Bill Ricchini plays some of the most delightfully muted pop songs to ever grace my ears, channeling musicians as varied as Chris Isaak and Joseph Arthur. OK, maybe that’s not that varied, but the point is that Bill makes some seriously awesome songs that are occasionally reminiscent of some of the finer modern songwriters.

If you were thinking about streaming these songs, you’ll have to download them instead as they’re zipped. OK, I admit it: I’m a Radiohead fan. So, when I heard that Thom Yorke was doing a solo album I become pretty danged elated! A few months later here, it is: The Eraser.

If you’re not a big listener of electronic music, then I suggest you steer clear. If you are, then you’re in luck: The Eraser is filled with the whimsicals delights of looped samples as well as the ever-pleasurable sound of Yorke’s voice. While many electronic tunes simply tack on vocal work at the end (which is, for the most part, drowned out by the music), The Eraser positions Yorke’s vocals right at the forefront, and with good reason: there are some extremely fantastic lyrics amongst the tracks, including:

– “A self-fulfilling prophecy of endless possibilty, you roll in reams across the street” (from Analyse)
– “You cannot kickstart a dead horse, you just crush yourself and walk away, I don’t care what the future holds” (from Black Swan) and
– “But you just move the hands upon the clock, you throw coins in the wishing well” (from The Clock).

While I do enjoy the occasional bit of computer produced music, I have my limits. The Eraser, however, demonstrated that not all electronic music needs to be trashy. 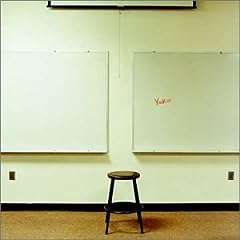 Considering I referenced Beulah in my last post (quickly lost in a tangle of gypsy punk), I felt it only fair to talk about them more thoroughly. One of the things that drew me in, besides their addicting pop sound, was their amazing lyrics; even if they didn’t seem to be singing about anything in particular, the songwriting never suffered. For instance, on the trumpet-fueled Emma Blowgun’s Last Stand, Miles Kurosky sings “The trinity saves / but three’s a crowd,” and you don’t have to understand the song’s meaning to appreciate that gem.

What’s both unfortunate and surprising is that while the video is hosted directly by the band themselves, it skips on more than a few occasions. Then again, I wouldn’t expect people to just listen to this song and call it a day.

Accordion, tuba, clarinet, etc., instruments seldom heard over the airwaves. This collection of musicians are like the village bicycle – the artists themselves mingle within other bands (World/Inferno, Anti-Social Music), as well as provide backing for various artists (Mischief Brew, Nanuchka). Additionally, they have released a self-titled collection of instrumental compositions.

You want a genre amalgamation? I would give you gypsy-punk-jazz. Except that sounds pretentious, so never mind. Listen to some clips.

If you get excited when you hear the words “Eastern European Folk”, and have a thing for reckless fiddles and poor English, perhaps you are hanging around the types of people your mother warned you about. Also, you may like Gogol Bordello.

These guys have released a good amount of material, but their latest offering is by far the most consistent. From Sally to Mishto! (I seem to be posting a lot of stuff that has exclamation marks), the pacing is flawless. Perhaps Eugene Hutz’ vocals or his new takes on language (undestructable?) may grate on you, but damned if they don’t have a lot of energy.

With just an acoustic guitar, Erik Petersen has the power to invoke crowd surfing. But whether alone and unamped or with a full backing band, Mischief Brew performs the most exciting folk-punk anthems you will probably ever hear.

For his latest release, Songs From Under the Sink, he drops some of the gypsy sounds that were creeping into his music on Smash the Windows, in favor of a more simple sound where his voice is the main attraction and his guitar both drives the melody and functions as percussion. The songs are technically not new; he’s been playing them at shows for a while now, but has finally deigned to encode them onto plastic.

Erik also runs a small record label, Fistolo Records, with his wife. If you find his music intriguing, you will probably need a new pair of trousers after looking at this label’s catalog.