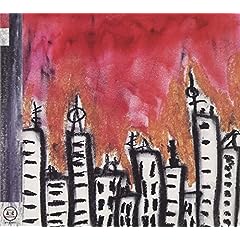 Yet another recommendation (although this one was inadvertent) but this one is back to the indie roots. Broken Social Scene is a fairly largish (and by that I mean popularity AND member wise) Canadian indie rock group with 4 albums under their wing. Upon Wikipedia’in this band, I saw that Pitchfork had given their self-titled album an “8.4/10”. Despite my distaste for Pitchfork, I found myself liking what this group came up with.

While a few of the tracks on the album are pretty straight out indie rock (Superconnected and Ibi Dreams of Pavement (A Better Day) to name but two), there’s a good smattering of tracks on there with a certain flavour to them. I deem this flavour to be chillout rock. Tracks like Swimmers (my favourite track on the album) and Fire Eye’d Boy have a very gentle rocking sound to them, if that makes any sense at all (it is my guess that it doesn’t).

The cure for this outbreak of music induced confusion? Why, that’d be going out and taking a look at the album of course!