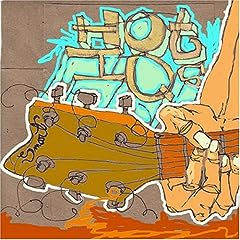 If I were to put Hot IQs into an ill-fitting nutshell, that nutshell would be one resembling a happier Interpol (though The New One reminds me more of Pulp). If I were to describe them using factual statements, then I’d say they’re a indie rock band from Denver with a surprisingly talented singer and a super-cute drummer. If I were to drop names, then I’d say that they’ve toured with Built To Spill and Tegan & Sara, and that they’ve shared the stage with Spoon.

Some of their lyrics make little to no sense to me, but with songs like these, who cares? Did I mention the super-cute drummer?