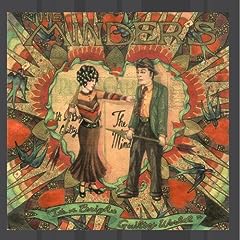 Although they’re originally from Denver, The Minders have been in Oregon long enough for me to consider them a local band. After releasing six CDs, they’ve finally gotten around to posting an MP3 and thus I’m obligated to inform the uninformed about them. The cruel irony of this particular tale is that the song they released is from their latest album, It’s A Bright Guilty World, the only album of theirs that I don’t have. Though I saw them in concert a few months ago, my memories have faded enough to make them, in a word, useless. However, unless The Minders have taken a large departure from their previous work, they play retro-pop the way it should be: catchy, with nary a hint of annoyance. From the sound of Accidental Joy, they’re still up to their old, and thoroughly enjoyable, tricks.