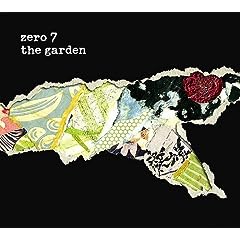 Unlike my ever-so-delightful colleague, I do not mash more than one album into my little articles. As such, this Zero 7 article concerns their latest effort, entitled The Garden. HOWEVER! For this one time, and one time only, I shall also alert your attention to the musical stylings of their second release When It Falls. Why am I doing this, you wonder. Well, unfortunately, When It Falls isn’t as fantastic as Simple Things was. Having said that, there are a fair few good tracks on When It Falls, so I pretty much had to do it this way you see! First things first though: The Garden.

It’s rare that I manage to get my hands on a something that was released only a short time before. So it was with considerable anticipation that I ripped the CD out of its case and whacked it into my laptop to listen to it. After hearing the first track (Futures), I knew I was in Zero 7 heaven: this is one seriously awesome CD!

While it does continue the tradition of some damn quality chillout/downtempo tunes, it does so in a way that seems fresh (when compared to their previous albums, that is) – be it a different type of beat (If I Can’t Have You), the addition of new vocalists (Futures) or even the addition of a lovely acoustic track (Left Behind). This is a much more natural Zero 7, which still manages to easily maintain its aura as night-time city music (or so my mind says anyway).

Oh man, now this is weird: two albums in the one post! I bet you are spazzing out as we speak! Anyhoo. Welcome to Zero 7’s 2004 release When It Falls. Although, in my opinion, not as accomplished as their debut (Simple Things) there are a good few tracks on this album which I feel warrent a listen! The first song I shall point you to is the single Home. Following in the style of In the Waiting Line but with a far more edgier, erm, edge, Home is a definate “must listen”. Continuing on from here, we hit tracks like Passing By (another in the vein of In the Waiting Line), and then some instrumental pieces like When It Falls and my personal favourite of the entire album Look Up. We then finally reach Speed Dial No. 2, a wonderfully beautiful track, filled with the very pleasing tone of Sia Furler.

Don’t get me wrong, you should by all means get When It Falls if you’re a Zero 7 fan like I am. Heck, all I basically did was list my favourite tracks on the album!