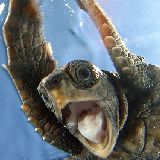 Here’s a fairly short mix, considering that a few songs wouldn’t really meld with the others, and then the links for some of them weren’t working anymore, and I’m too lazy to upload them myself! It’s quality over quantity, in any case. I should probably mention that while the name of the artist just brings you to their website, the song title will get you the song… with all the long band names in this mix, it didn’t seem as intuitive.

This is something of an indie-piano-pop-rock song, which would mean it’s catchy, upbeat, interesting, and prominently features a piano.

Ever since Douglas posted a bunch of their songs, I’ve realized that hey, Harvey Danger is a pretty good band. He also really should have posted this song, so I’m posting it now. “Fools and charlatans, they may get wise / But only cream and bastards riiiiiiiiiiise!”

This is the most quiet song on this mix, but it’s still not boring. It’s got a bit of country and a whole lot of awesome, at least if you enjoy lyrics that mention silly squirrels.

Truly amazing, a song about Vietnam that sounds like it could have been written during Vietnam! It wasn’t, but I bet you could trick people into believing that it is, and that’s good enough for me.

This is definitely one of my favorite songs on this particular mix, possibly because it sounds something like the more mellow Exit Clov songs.

I’m not sure how popular the concept of female-fronted grunge rock is in this day and age, but the singer for The Morning After Girls screams like Kurt Cobain and that is awesome!

Here’s a lo-fi indie-pop song that reminds me a lot of Brando, only this one isn’t quite as strange.

The Veils!! They are sometimes too good, and I love their singer’s ability to sound like he’s choking to death… melodically!

Here’s a rompin’ tune with a chorus that I tell Douglas he has written: “I’ll fuck you ten times, girl, today!!!” It’s not as trashy as it probably sounds, and it’s thrice as catchy!