Note: This band is apparently in the process of making a new website, which means they took all their stuff down, which means… I’ll re-host the files… sometime. Sorry for the inconvenience.

This post marks another first for this intrepid blog: an actual entry in the metal category! There probably won’t be many other entries in this category, so savor them while you can. 8 Foot Sativa is the most consistently heavy metal band I’ve heard that doesn’t devolve into the ugly mess that is death metal. That is, there are pounding riffs, pounding drums, and screaming, but you can make out a few words in the songs. Either way, it’s good stuff, if you are a metal type of person. You might want to stick their first two albums, however; their third is horrendous, and they’ve got a new singer for the fourth, which is never a good sign. 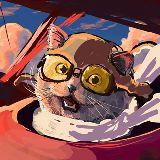 It doesn’t take a whole lot of effort to update this thing, and yet I rarely do. Oh well. As I promised a week ago, here is an oversized mix to shut up the three people who whine at me to update more. Due to its rather large nature, there are going to be some songs that you won’t like, but that’s not my problem. At least your bases will be covered, eh? Also, it’s a cat in an aeroplane.

This is a really nice piano-folk song, accompanied by violins and featuring quality female vocals. In other words, something nice to fall asleep to.

This song is something of an anomaly as it’s mellow, catchy indie-pop… from Germany. Maybe I’m just a stereotypical bastard, but even that German version of “Barbie Girl” was kind of scary.

This song kind of reminds me of the Vandaveer song from my last mix, but not too much. That said, if you like banjo country-rock, as well you should, then this song is for you.

This song has an accordion. That is all the description you need. If it doesn’t hook you within five seconds, then don’t bother.

I’m fairly certain you’re all familiar with Devendra Banhart by now… here’s my favorite song of his.

If you like fuzzy guitars, well, good for you. This song has them, and enough awesomeness to feed an army.

This is a violin instrumental. That’s… about it. Pleasant, though.

Marissa Nadler has the most excellent voice that was ever excellented. In addition to that, she is the queen of super-mellow folk songs. You can get a bunch more of her songs at her webpage, and you probably should.

For those of you who have heard of Manu Chao, this song could easily fit into their repertoire. If you haven’t heard Manu Chao, get this song, and you might as well have.

This is another mellow, catchy indie-pop tune. It starts off pretty damn mellow, but kicks it up after 90 seconds. Very nice tune, if you ask me.

Royal fucking Treatment Plant. They are sometimes too awesome for their own good, with their kickin’ guitar riffs and sexy singing. I would have posted this song when I posted about the band previously, but for some reason didn’t like the song back then. I am an idiot, accordingly.

Here’s another excellent song from an excellent band I’ve written about before. Kind of mellow, but not enough to bore me.

You could say this is a love song, because if it isn’t, then he says “love” a few dozen too many times. Their singer also sounds a lot like the singer for The National, which is always a good thing.

If you enjoy tator tots & robots, this is the song for you. Otherwise, it’s some enjoyable synth-rock.

Based out of Mexico City, the closest genre classification I can come up with is Spanish punk-polka. I could seriously leave it at that, but then Hugh would probably yell at me.

Their Myspace describes their sound as a range from â€œeuphoric polkas, melancholic waltzes to punk, rock and passages of classical musicâ€. They also come highly recommended by Denise Petersen (the wife of Erik Petersen, i.e. Mischief Brew), and I seem to have a thing for any bands distributed by, or even just vaguely associated with Fistolo Records.

They also have some fine klezmer clarinet, and a penchant for instrumentals. As such, Hugh will probably hate them. They do have at least one member hailing from Oregon, though.

It is kind of strange timing that it’s today that I decide to finally post The Red Thread, when they decided to call it quits this past Saturday. That is rather unfortunate, as they were a competent band who were capable of making some solid indie music and actually followed through on that. If you’re near San Francisco, they’ve got a 21+ show at the Hotel Utah on the 23rd of June, so go check them out if you’re in the area.

I am becoming quite the slouch on updates lately, so I’ll have to do another post right after this one and make this month’s mix incomparably huge. Because remember kids, if you can’t have quality, then go for quantity! But enough about my shortcomings.

Chris Bathgate isn’t always your typical folk musician, which is fortunate, as otherwise he would probably be quite boring. While Buffalo Girl isn’t going to win any awards for jauntiness, it’s got enough instrumentation to keep you awake. I Know How You Are Going To Die Tonight won’t win any awards for jauntiness either, but it’s got some two-note cabaret piano action (and horns) to make it seem like so much more. His voice kind of reminds me of Jason Molina’s (of Songs: Ohia and Magnolia Electric Co. fame), but not quite. He’s got a new, more mellow, album out too; you can read about that over at songs: illinois. 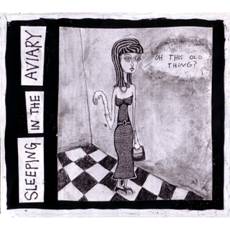 Sleeping In The Aviary

If pictures really said a thousand words, the cover for Sleeping In The Aviary‘s new album would probably say something like “Here is another creepy band that Hugh listens to.” In reality, however, they are more like “another awesome, catchy band that hasn’t bored Hugh yet.” That is really about as much description as you will need, and all that you will get, because I have to goooo. 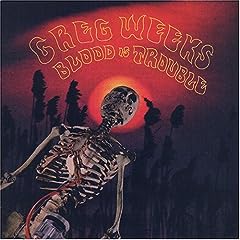 It’s been a good while since anything’s been written on here, so it’s probably time to write about Kristin Hersh. She’s quoted in our about page, after all, and I still haven’t wrote a damn thing about her. Well, there’s no time like the present! My chum Boris recommended her to me, and though I’d heard of her before that, I never really liked her music. He recommended an excellent track of hers, that being Your Ghost, and to borrow Doug’s vernacular, I have been inorexably drawn ever since. Her music can’t really be pigeonholed to any particular genre, as she’s got an album consisting entirely of covers of traditional folk songs. Her voice might take a little getting used to, but if people can get used to Joanna Newsom’s voice, they can get used to anything. The only songs I’ve got for you today are from an album from 2003, The Grotto, which seems darker than most of her work. She’s got an album out this year as well, Learn To Sing Like A Star, which has some genuinely poppish moments.