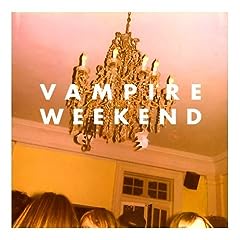 I am not one of those guys who posts the “band of the week” like every other blog, but since I’m writing about Vampire Weekend, a band that has caused quite a hipster fervor, I guess sometimes I do. They might seem like standard indie fare, but that’s not entirely right, as standard indie fare seems to characteristically bore me to proverbial tears. Vampire Weekend does indeed bore me to tears half the time, but that doesn’t mean that all of theirs songs aren’t enjoyable. Indeed, I’d challenge any music connoisseur to find a song that incorporates a violin into a modern indie sound as well as M79 does. Of course, any song with a violin that shares a title with a grenade launcher is a winner in my book.