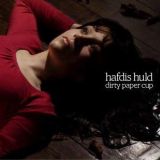 I heard Hafdis Huld for the first time on Aurgasm quite some time ago, which means it’s high time that I wrote about her on here. She’s Icelandic, which made me assume that her music would at least be inside the realm of “weird,” and indeed, it is. It’s not as odd as Bjork, though, which is to say that I actually derive enjoyment from Hafdis Huld’s music. She has a very calming voice which suits her slow songs well. It is the charm she displays on songs like Ice Cream Is Nice that makes me a fan.

Sadly, these songs are only 64 kbps, which I realize is pretty crappy! Hopefully they’ll be enough to get you interested enough in her music to check it out further.