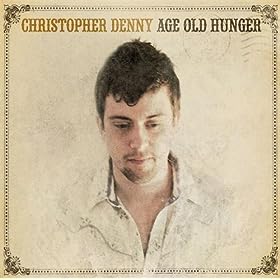 Since it’s Election Day here in America, make sure to vote; after all, a democracy’s pretty pointless if people don’t vote. Now that I’ve discussed all the politics I plan to discuss on here for the next four years, let me introduce you to some actual music. Christopher Denny is a folk singer with a sound (and especially a voice) that harkens back to the folk days of yore, and pays no heed to this modern anti-folk claptrap. Which isn’t to say that anti-folk is an inferior genre, but it’s nice to hear music that values where it came from. It is equally nice to hear folk music with powerful vocals. My main qualm with Gypsy Into A Carpenter is that while his vocals are undeniably strong, they’re also quite meandering. Time does not have any such issues, and as such is one of my favorite songs on his debut album, Age Old Hunger. Regardless, my criticisms may be soon forgotten, but this music will not.