That double posting didn’t last long, did it? My laziness impresses me most of all. Oh well. Alex & Sam are a twosome from California that make enjoyable pop songs, which are always nice to hear when the weather’s getting cold. Not that this music is particularly summer-y, as it is indeed quite mellow. However, it’s pleasant, and not at all depressing, which itself is a rarity on this site. Heck, it might still get you out of some winter doldrums. Buy Your Side reminds me of Simon & Garfunkel’s The Sound Of Silence, which is always a compliment. Found Our Way is another mellow pop number, and well worth your time.

And next up is My First Earthquake! I hope you enjoy newly-minted holiday songs as much as I do, or you may not enjoy their amusing holiday song, Fa La Freezing. It is based off of a song their singer remembered from her 5th grade holiday concerts. Awww, nostalgia! I’ve only heard it a few times and I’m already singing along. It’s ca-ca-ca-ca-cold outside…

The other song I’ve posted, Sack Lunch is not holiday-themed, but it is rather catchy. It has the distinct honor of being the only song I’ve ever heard to say “pre-pube,” or refer to “the pizza boxes of his heart.” It’s also one of the very few songs I know about statutory rape! That is probably not a great selling point, but hey, it’s still a great song.

If I’m ever going to get through this backlog of bands I enjoy to post, I’m going to have start… posting more of them! So for the next few days at least, enjoy some double-post days. First up is The Pity Party, who are not just any band in LA. No, they were selected as the best band in LA by LA Weekly. I take that entirely at face value, because doing otherwise would cause me to delve into LA Weekly’s musical tastes, and indeed full-bore paranoia. Anyhoo, this is another tough one to pigeonhole. Love Lies is a song that can only be referred to as scrumtrilescent, and singer Heisenflei’s vocals on it melt my heart every time I listen to it. The song sounds very much like something out of 90s alternative, with a teensy bit of electronics thrown in for effect. Bottom Of The Hole is a different beast entirely, unless 90s alternative songs had such dark piano playing, and I submit that they did not!

If all that wasn’t mind-blowing enough for you, these songs are at 320 kbps, which is pretty impressive for a free band offering, so kudos! So we’ve had this “classic” tag for ages, and have only used it once… until now! Oooh, exciting. I’ll try to give it some more regular use, and goodness knows there are enough classics to cover to last us several lifetimes. Harry Nilsson was an American musician who has not received the level of adulation that he deserved. Despite being the writer and original performer of One, everyone assumes it’s a Three Dog Night song as it’s the song that made them famous. To that, I say harumph! Since I’m posting Without You as well, I will head off all the proclamations of hypocrisy by saying… I know it’s a cover! It was originally done by Badfinger! His song Good Old Desk is perhaps the best example to show how different Mr. Nilsson is from other songwriters (unless writing a song about their good old desk is a common theme). He is something of an oddball in that regard, but his songwriting abilities are top-notch, and that should be enough for all of us.

It’s worth mentioning that I uploaded these songs with YouSendIt, which means the links expire in one week, which means grab ’em while you can. 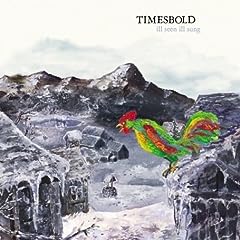 Timesbold is a folk band that hails from New York, so I guess we’re doubling up NY bands for now. Their singer, Jason Merritt, sounds a lot like the singer for Okkervil River, which is more confusing than anything else. I do not really feel like writing a whole lot of words today, but I will say that if you’ve liked my folk suggestions of the past, you will like this band. If you like Okkervil River’s singer and wished he had a side project that was decidedly more folky, you will like this band. These songs are all from their self-titled debut, but they’ve released an album this year, Ill Seen Ill Sung, that is also quite good. Oh, and I’m definitely going to do a best of ’08 list this year. Is that enough hints for you?

There is so much good music in my inbox, it’s unbelievable. There’s at least another 5 bands to post in there, which I guess isn’t that unbelievable, but it’s still pretty good. A fellow from the Brooklyn band Xylos e-mailed me about a week ago, imploring me to check out his music, and so I did. And I enjoyed it! And here I am, writing about it!

Anyway, their music isn’t easily pigeonholed, which is great for the listener but not so great for the blogger. Their debut EP, Bedrooms, is a fairly downbeat number. Gettin’ somewhere! Unlike most slow and meandering songs, though, these ones do not cause mind-numbing boredom.

The singer for Yeasayer, who I’ve written about before, does some guest vocals on Wrapped In A Page, and does them quite well. I was expecting something, well, weirder, and I’m glad what I received was different. It is indeed the most accessible song of the bunch; perhaps because it’s faster-paced, or perhaps due to its tropical influences. Yellow Flip-Flops also borrows Yeasayer’s singer and has tropical influences, and even adds some great female vocals, but it’s not as fast-paced or as accessible. Mystery solved! Since I haven’t mentioned any lyrics on here in a while, Testament has a cool lyric in “I left home to find myself a home.” Chew on that one for a while!

Also, if you like this music a whole lot, and you live in or near New York, they have a show on the 20th of this month and you should go see it. You can find the details and download the rest of their EP from their website.

It seems that we’re at the part of the cycle where I post a lot! Hurray! At the same time, this one has been in my inbox since June and I’m just now getting around to it. Aww, boo! But as lazy procrastinators always say, better late than never. While I’m on the subject of better late than never, I would like to bring your attention to the swish new logo that Ant made for the site; you can read all about that intrepid journey if you are so inclined.

Onto the tunes! I’ve written about Lily Frost before, nearly two years ago. For those of you who are unaware, she’s an undeniably saucy Canadian singer. With a voice that could soften the hardest heart, she has released an album of Billie Holiday cover songs entitled Lily Swings. Because I am a fan of idiotic puns, I will go further and say that she hits, at the very least, a double. As you might imagine from the title, the music is rather… swing-y! Besides that, she brings her pop sensibilities to classic songs, and the result is more than satisfactory!

This landed in my inbox ages ago, and has fermented there long enough! The Cyanide Valentine, who are certainly less emo than they sound as they are not emo at all, are rather an electronic group of some sort. As you can tell, my knowledge of electronic music is truly astounding.

Regardless of my inability to write in the manner befitting of a proper review, these are some good songs, and I’ve posted my favorite tracks from their album, The Three Sides Of The Cyanide Valentine. Neanderthals is a great song in that its mellowness is matched by its ease to get into, I love Ghosts Of Boston because at 1:15, it has a part that brings to mind my favorite moments of Greg Weeks, and Neon Skyhustler is a pretty straightforward, but altogether pleasant, electronic instrumental.

If you want better quality versions of all these songs, and indeed the entirety of the album these songs are from, you can download that for free at their webpage.