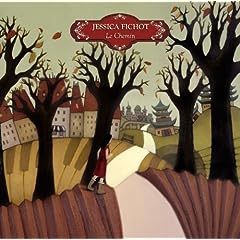 While I may have mentioned Jessica Fichot‘s music two years ago, that is practically an eternity in the world of blogging. And considering I mentioned her on a mix, the mention consists of roughly “oh wow, this song is good, please listen to it.” I can do better than that! Ms. Fichot was born in the US, the product of French and Chinese couplings. She was then raised in France, which is a good thing for music fans. She later graduated from two music schools, one in Paris and one in Boston, and even wrote a lot of children’s songs, including gems such as The Recycling Rap. These are no simple pop songs, either – she had over 20 musicians playing on her songs. It’s pleasantly surprising that they aren’t muddled by noise. In any case, if you are in the mood for impeccable French music sung by a lovely chanteuse, you simply cannot go wrong with these songs.