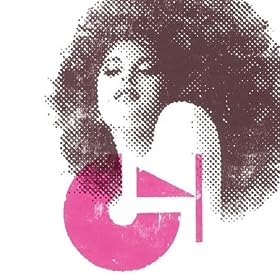 Since everyone has decided to get off their kiester and post again, I figured I might as well do it too! After all, I like being cool.

Now, apparently there are bands that I think everyone has heard of, but that idea does not mesh with reality! At least that is the case when I referred my good buddy Hughster to the lovely tones of Nouvelle Vague. Granted, people out there in blog land may say otherwise, but I don’t really know them so it means NARY A THING.

Anyhoo, Nouvelle Vague are a great French outfit who take a bunch of old, popular and seemingly random tunes and cover them. The frosty thing about it is though is that the singers they get onboard to cover the songs have never heard the songs they’re covering before, which, instead of ending in a complete disaster , actually sound great! It’s rare I’ll find a cover version to be better than the real song, but Master & Servant on their latest album, 3, completely beats out the Depeche Mode original. Sorry guys! As well as that, there’s a brilliant version of the Violent Femme’s famous Blister in the Sun, which is a heck of a lot funkier than the original.