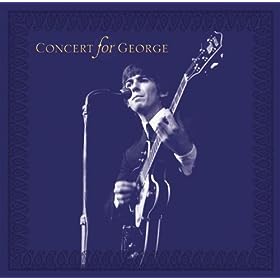 Yes, we do love George Harrison here on either/or. And what better way to honour his memory than a cover version of one his most famous songs as performed by, like, a million musical celebrities? That’s right, there is no better way whatsoever. I mean look at the cast: Billy Preston, Eric Clapton, Ringo Starr, Paul McCartney, Tom Petty, and a scarily close representation of George in the form of his son, Dhani. My mind boggles! Despite the cavalcade of musicians and instruments, it’s still the wonderfully sweet and warm tune that its always been; a song that isn’t really about religion, but rather a strong feeling of faith that you could have in potentially anything. At least, that’s what it feels like to me!