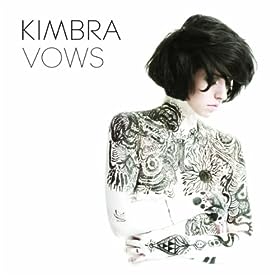 In between the time from when I last posted about Kimbra and now, she’s released her album and has generally become quite successful as a result. We totally called it! As such, I felt it was a grand opportunity to keep piloting the bandwagon with a track off that debut album.

Initially, I wasn’t a huge fan of the dual-style feel of this track: it starts off initially sounding a bit like a generic, modern R&B tune before heading into Kimbra’s lovely brand of pop flavouring. However, it’s grown on me quite a lot, to the point where I absolutely love the contrast; it suits her style quite well. But if you’re not keen on the blend, try the live version instead, though you’ll find it hard pressed to listen to it because of how gosh darn ADORABLE she is.