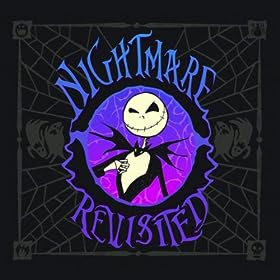 I find it a little bit difficult taking Marilyn’s image seriously, though I’m probably not in his target demographic (read: not even close). However, I think the over-the-top nature of it makes the music highly amusing and somewhat enjoyable as a result. Who knows! Some people love it, so all power to them, but I’ll take it in small doses, thanks.

This is his cover of the the most iconic tune in the film The Nightmare Before Christmas. Surprisingly, it works quite well: I particularly like his screaming, and it doesn’t lose the fun of the original version either. Who’d have thought a song composed by Danny Elfman would end up working in favour of Manson’s music? Not I!