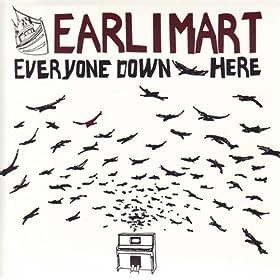 So I was going to write about a new Earlimart tune called Internet Summer, but unless you want to listen to a 30-second preview, there’s nowhere you can actually listen to the whole darn thing. Instead, here’s another of their songs that’s stylistically similar and just as rad.

There’s something a bit Grandaddy-ish about this tune, and a quick visit to Earlimart’s website reveals that they are the opening act for an upcoming Grandaddy concert! Conclusive evidence right there, folks.