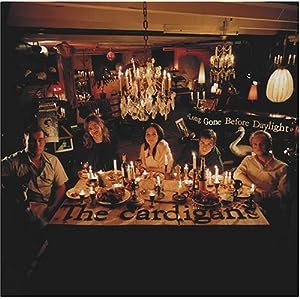 The Cardigans! They’re fairly popular, or used to be, but they are also quite good (unlike Nickelback) so here they are for your aural pleasure. If I only listened to the songs of theirs that I’ve heard from the radio, that would mean they only have two songs. As it turns out, that is not the case! I tried to think long and hard about what song to put in here, and settled on this one from Long Gone Before Daylight. They haven’t released an album since 2005, and that makes me a saaaaaaad panda! Get it together and make tunes for me, Cardigans!