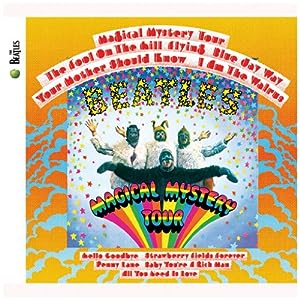 I Am the Walrus

It’s hard to imagine that a group that produced a song like this also produced songs like She Loves You and I Want To Hold Your Hand a scant few years earlier. The only other group that I can think of that demonstrated such an evolution is Radiohead, and even their output over the years has been somewhat patchy.

This song, barring some oddball recordings for The White Album, is fully ensconced down in the rabbit hole depths of psychedelia. And yet, it’s infinitely interesting to listen to: the orchestral components add a surreal splash of class, while the lyrical subject matter bewilder all who listen to it. I certainly can’t think of any other ‘out there’ tunes that are also as incredibly memorable and singable as this, too.