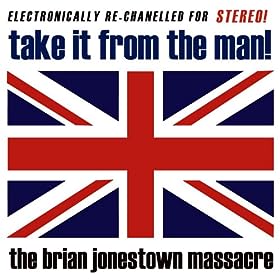 Straight Up and Down

Boardwalk Empire is a fantastic show that I certainly do not watch enough of. Similarly, The Brian Jonestown Massacre is a group that I’ve really had no experience of, which I’d say is rather bizarre given their rather infamous link to The Dandy Warhols (whom I like). So what’s the connection with Empire and this song? Well, it features in the opening titles of the show, and while it’s not the kind of song you’d generally hear in the period of time the show’s set at (at least, not without people of the time clutching their hats and saying things like “My word!”), it evokes a wild, rebellious streak. And if you haven’t seen the show before… let’s just say, it fits it rather well!