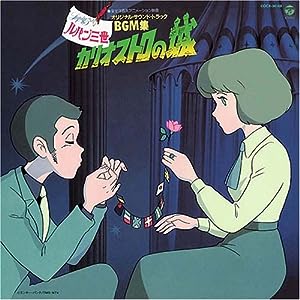 It seems that Hayao Miyazaki has been creating brilliant films for a dang long time now. This is the theme song for his directorial debut, The Castle of Cagliostro, an entry in the long running series about the master thief known as Lupin III. It came out in 1979, and has a charming, James Bond style aesthetic to it. I am quite the fan of the intro motif, which is repeated throughout. The film itself is supremely brilliant too: it was said that Spielberg was amazed by this car chase scene. And if its good enough for Spielberg, it should sure as hell be good enough for you!