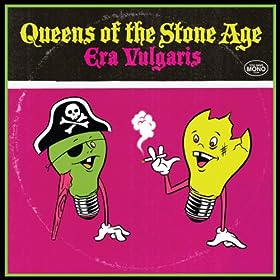 I promise I won’t post any more QOTSA. At least, not for a little while. Maybe. But this was just too intriguing to pass up!

While there are certainly a range of Elliott Smith songs that would be fodder for cover artists, I never expected one of them to be Christian Brothers: it is a tortured, haunting song (and full of naughty language). However, QOTSA have certainly done it justice here, and then some. Apparently, this cover appeared on some versions of Era Vulgaris, but it sure as hell didn’t appear on mine. Would’ve made the album a billion times better, I think!