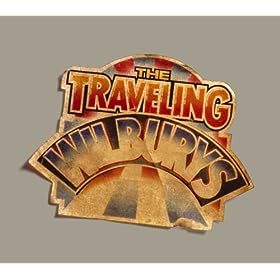 Supergroups, man. How could they possibly represent the combined talents of their respective members? Most of them don’t end up doing that, and they’re mostly resigned to either sounding a lot like one of its member’s songs, or just inherently simple. This song kind of skews to the latter, but it’s so darn wonderful at the same time that I dare not judge it.

In case you’re unaware, this is probably the greatest supergroup in the history of supergroups: George Harrison, Tom Petty, Roy Orbison, Bob Dylan and Jeff Lynne. I’m not entirely sure how’d you’d trump a supergroup like that. Sadly, their time in the sun was fleeting: Orbison passed away soon after their inception, and Harrison is, of course, no longer with us either. Still, it’s a lesson in quality over quantity: they gave us this song and others in a two-year lifespan, whereas I’ve been writing on either/or for years and all I’ve produced is crap!