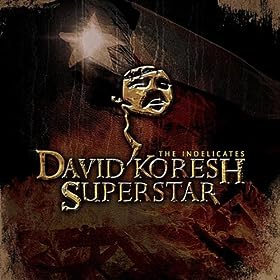 The Road From Houston To Waco

The Indelicates are a band from Britain that I really should have written about here a while ago, as I’ve loved all their albums. My new favorite of theirs is called David Koresh Superstar and it’s a concept album about Texas and the Waco siege and oh man, it’s good stuff. It’s the only album that will ever have a song called “The Ballad of the ATF,” and certainly the only album that will make that a good song. Anyway, this song is about David Koresh. Who knew the British could make such excellent country music about Texas? Most of their songs are rock-based, but this album is all over the place (in a good way).