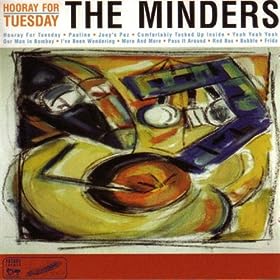 The Minders have an air of psychedelia about them. At least, the stuff I have from them does. It’s certainly well evidenced in this song: it starts sounding like a track off Sgt. Peppers, before sound like a song by the Byrds or other similar groups. Thing is, this came out in 1998, so unless these guys are time-travellers, then they’re doing a damn fine job keeping the 60s alive.