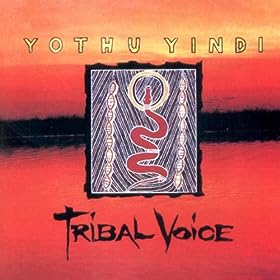 The lead singer for Yothu Yindi, Yunupingu, passed away this earlier this week, so what better time for a tribute than this?

Now, for those who might not know (which I’m guessing is essentially anyone that isn’t Australian), Yothu Yindi are an Australian rock band comprised of Aboriginal and non-Aboriginal members. Their most popular release was this song, a staunchly political protest against the lack of a promised treaty between Aboriginal and non-Aboriginal inhabitants of Australia. It’s also insanely catchy: an awesome blend of pure rock with native Aboriginal instrumentation that propelled them up the charts back in 1991. I wasn’t old enough to be aware of it during that year, but it’s popularity certainly continued beyond that, because I was definitely aware of it in the years to come.

Certainly a shame to lose one of the defining voices of Australian music. You shall be missed, Yunupingu.