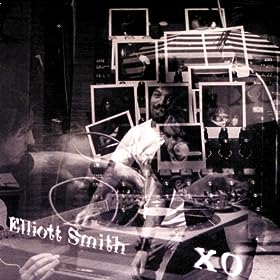 Now that we’re onto his major-label debut, XO, he could afford lots of extra instrumentation, leaving the relatively sparse acoustic arrangements behind for a more complete pop experience. The lyrics are even a little more upbeat, though, since we’re still talking about Elliott Smith, generally depressing. Anyway, there’s a pretty good consensus that this song’s about his relationship with his mom and stepdad. He sings nice things about his mom (“I’m never gonna know you now, but I’m gonna love you anyhow“), and some not-so-nice things about his stepdad (“Tell Mr. Man with impossible plans to leave me alone” and “You’re no good, can’t you tell that it’s well understood?“)

It’s a great song on an album of great songs, with absolutely no references to drugs or suicide!