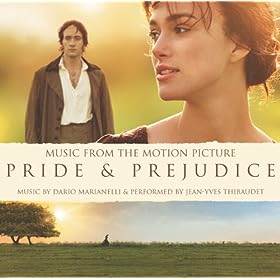 The Secret Life of Daydreams

I am going through a bit of a love affair with period British drama. Having just finished reading about the delightful exploits of the spirited Elizabeth and stoic Mr. Darcy in Pride & Prejudice, I did what most people do instead of reading something they’re being forced to: I watched the film version. Both versions were equally charming, but the film version has an advantage in it being fully scored.

Here is a composition from the film, framed by footage of a lonely and somewhat forlorn Elizabeth, commiserating to her sister, Jane, on the dullness of her life since Jane left. It is decidedly heartfelt, innocent, and very sweet. Good fellow, I count myself as suitably moved by this sumptuous sound!