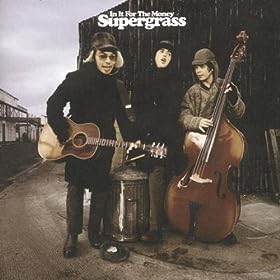 The more I listen to Supergrass, the more I get the sense that they’re just a far better version of Oasis. They have that same British rawness, but Supergrass’ songs don’t all sound the same. Burn, Oasis!

To get away from bashing on Oasis for a second, there is a higher level of sophistication and creativity running throughout this album (In It for the Money) than you may usually get from other British alternative artists. At least, back in the 90s. It’s very nicely demonstrated in this song, which should technically be the sappy acoustic number on an otherwise pumping album, but instead is flowing with flair and intrigue.