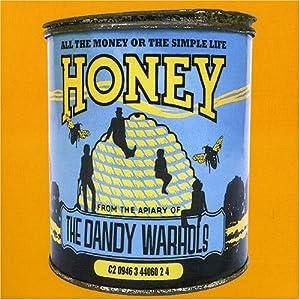 I very much need to celebrate a win here, folks. Ever since Odditorium or Warlords of Mars was released (the album the normal version of this song is from), I’ve had this radio mix version of it on my hard-drive. I have no idea how it got there, or when. Thing is, it sounds fairly different to the album version (this version is way better), and was also the version used in the official video below. And yet, I couldn’t find any information about it. No album info, no inkling that it was a radio mix, nothing. Nada. Zip. Finally, a couple of weeks ago, I stumbled onto the release of this song’s single on Discogs and discovered that this track was an alternate mix included on it. Joy erupted! Album art confirmed! Proper tags applied! The meticulous file sorter in me was appeased.

Anyway, this is the Dandys at their effervescent best. Poppy, catchy, wild and raucous. It’s really the only reason I listen to them in general, so their current direction doesn’t really gel with me much. It has to be one of my favourite Dandy Warhols songs, and they weren’t even fully responsible for it, so cheers Alan Moulder!