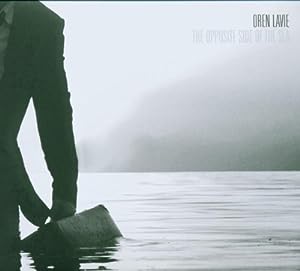 I fell in love with this song (and the music video) ages ago. And so did millions of other people, considering the video has clocked up a monumental 25 million views. While there’s far worse things on YouTube with equal or more views, we’ll chalk it up to some people having good taste and a proclivity for hitting repeat.

This is a very sweet and tender song, with the most perfect video to compliment it. Oren Lavie is an Israel singer (amongst other things) who really ought to release more music! 2007 marked his first (and currently only) release, The Opposite Side of the Sea (from which this song features), and I have absolutely no idea whether or not he’s still doing anything, musically speaking. It certainly would be a grand loss if he weren’t, so get cracking, Lavie!