I have yet to find a way to purchase any of their recordings, so needless to say I downloaded the tracks instead. Not to be confused with the similarly named Suburban Legends I wrote about earlier, these crazy dudes from California were only around a short while in the 90’s, but they put out some ridiculously good music before succumbing to inner-band squabbles.

Commonly associated with the 3rd wave ska scene (most people would know their name from Reel Big Fish’s song S.R.), they really aren’t a ska band, as even their ska numbers deviate quite a bit from the usual standards. They aren’t heavy on horns at all, and they make inspired use of their guitars to blend in funk, rock, punk, and even a little country. It is hard to really pin them down to one style, but with them that’s a good thing.

Plus, they’ve got some interesting lyrics, like in the ludicrously cathartic 99 Degrees: “I’m feeling 99 degrees, and I don’t mean Fahrenheit! It’s Celsius, you oaf! When I hear your wicked words, they choke me up until I’m blue, just like the rope I’d use if I was gonna strangle you!”. Fortunately, they are not nearly as angry on their other songs, and are able to effortlessly phase between serious (Coming Out of the Woodwork) and goofy topics (Gameshow, “Pat Sajak is a saviour, he always has a vowel for sale!”). A shame they were so short lived!

Since you’d probably have a hell of a time finding their recordings, I’ll be going a little overboard with links on this one.

If you’ve ever been to rathergood.com, then you may be indirectly acquainted with 7 Seconds of Love (not to be confused with the similarly-named hardcore band). If you haven’t, please go there and watch some of the videos. Most of them have little to do with the band (such as We Like the Moon), but some are basically Joel Veitch’s version of music videos for the band’s songs (such as Ninja).

They are a goofy ska band that manages to have a lot more class, musical skill, and songwriting prowess than any other goofy ska band I have ever heard. And even with their DIY attitude, their audio fidelity is excellent. They do not have a label or have any official pressings, but due to a recent settlement with Coke (a subsidiary ripped off their Ninja song without any credits), they’ve now got the funding for an EP in the works. Plus, the rest of the settlement was given to charity, which is just further proof that these dudes are awesome.

All of their music is available freely from their site, both as MP3s and (for some of them) videos. Left unchecked, I would link them all here, but instead I will trust that you will visit their site if you find these few intriguing.

I believe this band goes without saying, but since their label’s giving out choice MP3s, I had better use the opportunity to spread them about some more.

They are essentially a punk-ska band with a penchant for flamboyant horn lines, led by some dudes who aren’t even all that into ska. The result is albums that do not follow the typical ska cliches, and which are so brimming with brass bravado that it completely does not matter that you cannot understand anything he is saying. When the Mad Caddies are playing, it is time to dance, and that is just how it goes.

They are about to embark on a rather lengthy tour, and are putting out a new record soon. In the meantime, try out a sampling from every record (barring their debut Quality Soft Core, as it was under a different label). If you like your pop-punk more than your ska, consider anything off of The Holiday Has Been Cancelled or Rock the Plank (the latter is also good if you enjoy the occasional pirate-y tune). And as for me, I do not think a better record could have been made than Duck and Cover, but they come close with their most recent studio work on Just One More. I am hoping against logic that they can somehow continue this trend.

From The Holiday Has Been Cancelled
Something’s Wrong at the Playground – (MP3, 3.0 MB)

To Hugh’s chagrin, it is time for more ska! This time, it’s one of the most solid ska bands that no one seems to have ever heard of. Hailing from that lie of an island (i.e., Rhode Island), they bring an extremely upbeat yet dark-sounding ska, using lots of horns and only occasionally slowing things down. It would be remiss to mark them as ska-punk, though there are definitely punk elements. Ska-swing-punk might be more apt, but the multiple-genre classification seems too ridiculous. I cannot understand half of what comes out of this guy’s mouth, but it is not necessary to enjoy it. Imperative recording!

While I do enjoy their newer release, 401, it just has not been able to come close to the impact For All the Massive has had on me. Such an excellent album all-around, and you can’t complain that every song sounds the same (though someone probably will anyway!). 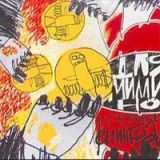 If you are a fan of Gogol Bordello, you will be a fan of Leningrad. They are largely the same; Eastern European music with high energy levels. Of course, Leningrad sings in Russian, but to borrow my own, increasingly cliched vernacular, you don’t have to understand the language to understand the music. I can’t say I’ve appreciated much of the ska lyrics that are sung in English anyway, so why not do it in Russian? The results are so goddamn amazing that I’d rather listen to them than write this post that will never do them justice anyway. While their music is outstanding, the icing on the proverbial cake is that they have eight albums up for free. I suppose you should listen to these songs first, before you go downloading willy-nilly. If you are interested in either punk or ska, I cannot recommend this band enough.

Unfortunately, the site apparently doesn’t allow direct linking to their files, so you will have to conquer their MP3 directory all by yourself! I will be so kind as to recommend some songs, of course; try Menya Zovut Shnur, Huynija, and Raspizdijay off of Dlya Milionov. 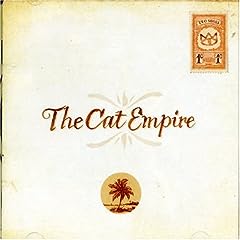 It is funny that Ant has made mention of mix CDs, as I have neglected this site recently because I got caught up in making my own mix CDs for various internet folk. Nevertheless, I have been informed indirectly that I am a bum and should post more. And what luck! I have just the band for you.

So, The Cat Empire, a band from Australia that mixes all kinds of styles, such as gypsy, jazz, ska, etc., and manages to make it sound cohesive. This particular recording was done in Cuba, and their surroundings definitely seem to have left a mark on its overall tone.

They assert that we should “get so funk-inflicted it’s a crime”. Every day that passes without you listening to this band is a travesty.

If you were even vaguely aware of Reel Big Fish around their Why Do They Rock So Hard? era, this band may seem quite familiar (almost startlingly so, at times), what with their electric guitars, bombastic horn arrangements, and tongue-in-cheek outlook. This may or may not interest you; if not, perhaps I should add that their horn section also performs choreographed dance moves while playing.

In effect, their live show serves to enhance their appeal, which already is quite expansive. Additionally, their lyrics leave little to be desired: “I can’t believe we look so totally bitchin!” and “Rump Shaker / Heartbreaker / Don’t be a faker come on be my baby maker,” for example. You cannot get any deeper than that.

But what really made me sweet on this band was their closing number when I saw them play in Asbury — they pulled out a positively skanking cover of Under the Sea. Yes, that version, what with the singing crab? I believe I should’ve mentioned earlier that it might take a particular humour to dig these guys. Ska purists will hold their noses and get crabby, but I am doubtful any of those folk visit here anyway.

Note: I am simply ganking samples from CDBaby. All of their music can be sampled there. 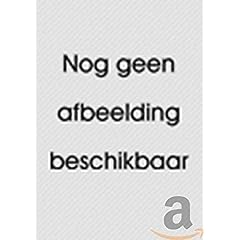 From my previous posts, one would conclude that I am not, in fact, a ska-whore, which would be incorrect. I will attempt to remedy this by actually posting ska bands.

The Parka Kings are like a basket of fun. Bouncy guitars, lots of horns, fun lyrics. The vocals are right on the edge of sloppy, though leaning more towards passionate, which is just the best way to have them. They slow things down a bit for some dub, but generally their pace is just right.

They have dissolved long ago, but all of their music can be downloaded from their site — be warned though, it is a Geocities site, and it has background music. Of course, after you listen to to Slow Me Down or the piratey Midnight Sails, you will be willing to deal with any number of animated gifs.