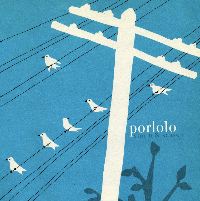 Eagle-eyed readers will have seen this band here before, but I re-wrote it so you can’t get mad. Porlolo has released a new album, Storm & Season. I had previously only heard one track off this album, Scratch My Back, which you will like if you like (or at least appreciate) good music. It’s nothing really special, creatively speaking, but it’s just so damn perfect in every sense of the term. As for the rest of the album, if you like mellow country (such as Magnolia Electric Co., who she might sound like if she had more twang) or some folk, you will probably like the whole album. That is my reasoning, anyway.

There are more songs linked on the band’s Myspace, which I would have added myself if I could get the damn links. Regardless, if you like Scratch My Back, go there and listen to Saw Your Head for a different kind of awesome.