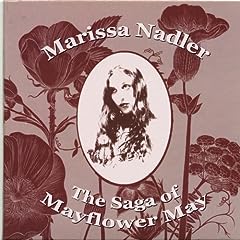 I can’t even remember where I heard mention of Marissa Nadler anymore, which is unfortunate, because I would like to thank them. She reminds me a lot of Alasdair Roberts (just not nearly as Scottish), though that’s not a good analogy as apparently Nadler is the more well-known of the two. So now I get to sum up both: incredibly mellow folk that’s rooted in traditional folk music, with vocals being the most prominent instrument. Which means that if you don’t like the vocals, it would blow my mind if you were able to look past them enough to enjoy the songs. Marissa has the most beautiful voice I have heard this entire decade, and that is neither sarcasm nor overstatement. She really is that good, even if you feel her songs to be a tad on the sleepy side.

Also, she’s got a new album out this March, and luckily for me, it has already spread throughout the Internet. You can listen to Diamond Heart off that album on her Myspace as well.