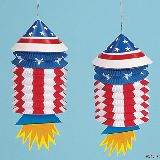 It has been a long time since there’s been a post on here, and not even a mix for June! Instead, here is a mix for the Fourth of July that does not mesh very well, or have anything to do with independence or patriotism. Hopefully this does not make me a traitor, but it probably does. Have a fun 4th, full of eating food and blowing off fingers with fireworks… you damn kids!!

According to last.fm, this is my 2nd favorite song in the whole wide world. I guess that’s as good of a testimonial as any. It is entirely too mellow to start off what should be an upbeat mix, though, so you can listen to it last.

I don’t really know what to say about this song, outside of it sounds a bit older than it really is. Just a bit, like, early 90s.

Doug was always whining at me that I did not particularly enjoy the music of Golem, but that’s because he is a whiner. But then devoted reader (?) Adam sent me an e-mail saying “get with the times you old fart!” and gave me a link to this certainly excellent song. It even has guest vocals from The Dresden Dolls, who I’ve probably panned more than any other band on this site. Oh well… they’re on this mix, too.

A catchy rock song that aspires to another era, but doesn’t really get there. Still catchy, though, so whatever.

I’ve had this song sitting around for ages and still can’t think of anything interesting to write about for it. Oh well…

My crazy friend Steve recommended this song to me, and much to my amazement, it is a rather good song. A simultaneously catchy and relaxing indie song (but not really indie).

It would seem that I have yet to post any songs by Sukpatch, so this is here to remedy that. They’re one of the less trashy electro-pop groups in the world.

Again, I have panned this band more than any other on this site, but they’ve still got a few good songs… this being one of them.