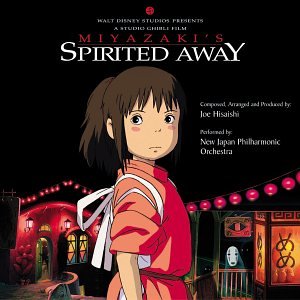 Without spoiling too much (and shame on you if you haven’t seen it), Spirited Away is about a girl finding herself trapped in the world of spirits. Produced by Studio Ghibli (My Neighbour Totoro, Kiki’s Delivery Service, Princess Mononoke), Joe Hisaishi’s score for the film is absolutely stunning (as is all his work for the studio). There’s something about the music for Ghibli films that feels so very different to the standard fare that accompanies most animated films. This track is a great example: this music defines the scene in which Chihiro begins the transition to the world of the spirits, a scene that also has her discovering that her parents have transformed into grotesque pigs. Rather than a piece that accentuates the horror and action of the scene, the music instead deals more with Chihiro’s helplessness as she is overwhelmed by the situation. It’s poignant, sad and just a little bit frightening all at the same time!