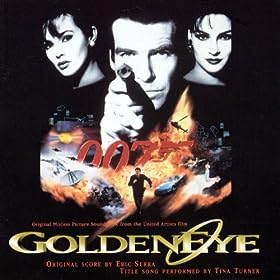 So I’ve been having a James Bond marathon lately, and I remembered just how interesting the GoldenEye soundtrack was. Granted, it was kind of panned back in the day (though the film itself wasn’t), owing to its rather radical departure from the bombastic brass and strings which were standard fare for the series until that point. But if there’s one thing that Serra’s soundtrack did (and you can hear it in this track), it was to give the film a very Russian feel. Given that the film deals with a lot of Russian stuff, this is a pretty good thing!