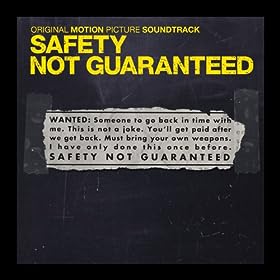 I watched a most charming film called Safety Not Guaranteed today. Just your average indie romance film. Plus time travel.

Anyway, this song was performed in the film, played acoustically by Duplass himself, while this alternate version featured in the end credits. It’s just a pile of sweetness for a fairly sweet film: it’ll bring out the ‘awww’ in anyone!