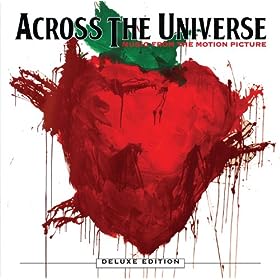 With a Little Help From My Friends

My golden rule with Beatles covers is that the artist behind it has to put their own spin on it. There is entirely no point doing a direct cover of a Beatles song, because there’s a band who did it better than you. They were called the Beatles.

Acquiring the rights to use actual Beatles music in films is apparently incredibly hard, I learnt recently, so most films that want a Beatles song resort to cover versions. This marvellous version of With a Little Help From My Friends comes from the otherwise saccharine film Across the Universe. Happily, it doesn’t break my rule, and it’s cracking to boot: a kind of punkish, British, ‘don’t take no damn guff’ version. Yeah, I know the Beatles were British, but this is a different kind of British??? Also, this version incorporates Joe Cocker’s rather famous rendition as well, so there’s something for everyone!