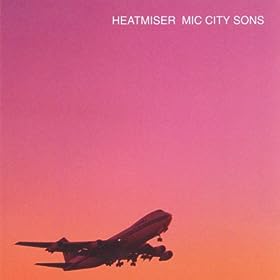 We’ve never posted anything by Heatmiser, which is just ludicrous. Seeing as how they carried the DNA of many other featured bands (No. 2, Quasi, Built to Spill), and also featured Elliott Smith before he went solo (playing hard rock songs!), I feel I need to fix up this significant problem.

Low-Flying Jets comes off their final release, Mic City Sons, which came out just after they disbanded. Compared to the heavier tone of the previous albums, most of the tracks off this album sound like Elliott Smith b-sides from the XO era. Apart from this song, that is!