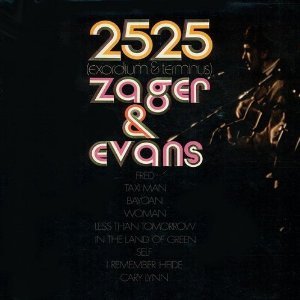 So, I was pretty amused when Futurama parodied this song, and I was even more amused when I discovered that this song actually existed in the first place. Yes, I heard the parody before I realised that this was an actual song released in 1969.

Unlike the Futurama version, the lyrics for this version are very much a critical touchstone for its time, as they deal with the doomed aftermath of humanity’s forays into technology. It’s a mighty sombre tune too, but damn catchy at the same time!