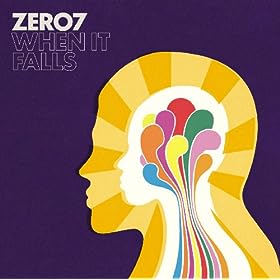 D’ya ever get those weekdays where, despite the fact the weekend has just finished, you kind of wish the next day was Saturday? So you can just curl up inside a blanket and let the hours drift on by? Today was that day for me. Unfortunately, there is no known cure for the harsh reality that gets dumped on you the next day, but Zero 7 is here to alleviate the symptoms.

Morning Song comes from their yet to be topped, 2004 release When It Falls, and is in fact the closing track. Despite its name, the majority of the song has a sumptuous late night feel to it, before breaking into a more up-tempo sunrise at the end. Zero 7’s current creative direction seems an age away from their earlier work, but I’m not complaining. It doesn’t stop this, and many other songs in their back catalogue, from being utterly fantastic.