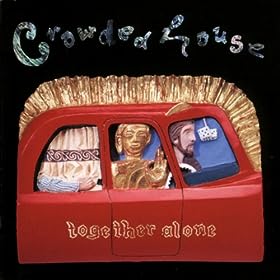 I talked about Split Enz the other day, but failed to mention anything notable about them, because I am a blithering cretin. Split Enz were one of the most famous bands to ever come out of New Zealand (so naturally, we coined them as Australian). The band featured the Finn brothers (Tim and Neil) who, once the band were finished, went on to feature in the Australian (this time) group Crowded House, where the music was a bit more grounded in pop rock rather than the more oddball stylings of Split Enz.

Crowded House are an indelible part of the consciousness of the Australian public. Their songs and lyrics are recalled in an instant anytime even a hint of them is played out in public, and that, my friends, is a damn fine thing.